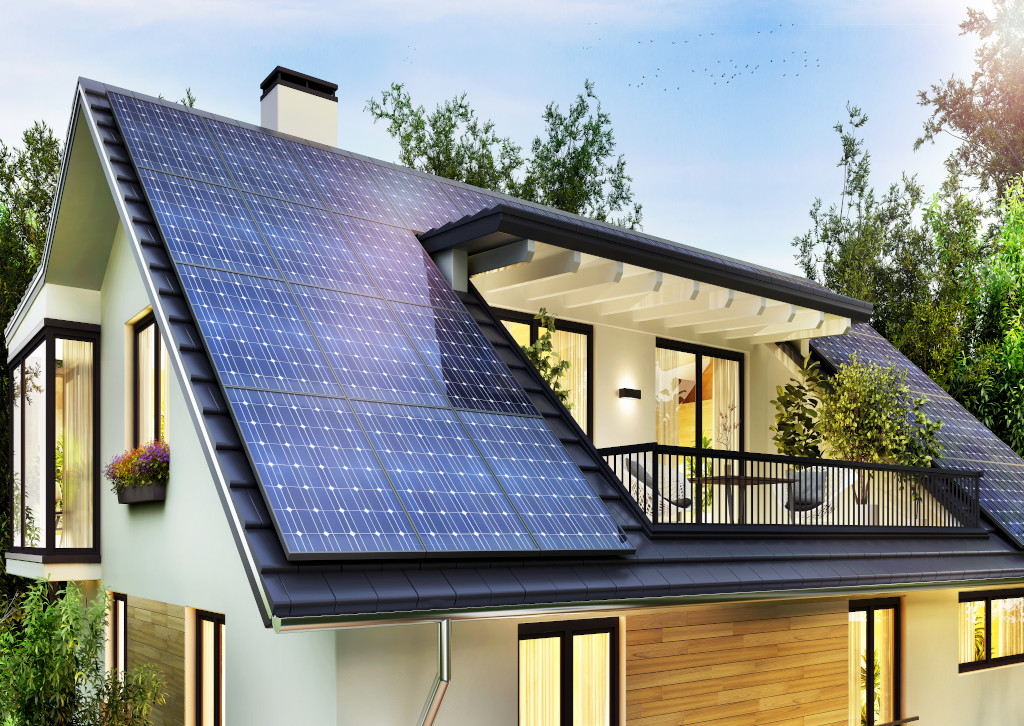 In a world that craves sustainability, solar panels are seen as a source of alternative energy that helps humans to lead better life. It is a sound investment that offers clean energy at a lower cost.

It functions by converting photons to electric current. As direct and indirect sunlight carry photons, solar panels can work in both conditions.

Solar panels need 1000 W/m2 of sunlight to reach their peak output. It is available only when there is direct sunlight. It works with maximum efficiency when the sun is shining.

It produces more free electricity during the day when direct sunlight is maximum. In its absence, there will be only a reduced output from the panels. There is electricity generation even during winter and cloudy days.

A peak sun hour is the amount of energy in sunlight that a solar PV panel receives over a day.

A solar system needs an average of four peak sun hours per day to make the system worthwhile. It is equivalent to 4000 watt-hours of cumulative solar radiation over a day.

A solar panel is made up of many smaller photovoltaic cells that are linked together. These cells are held together by durable silicone.

Each side will have both positive and negative charge, which allows the proper electrical currents to bounce off each other. These cells inside the panel convert photons into usable energy.

To maximize sunlight exposure, solar panels are designed with mirrors and reflectors. This increases the number of photons absorbed and converted to usable electricity.

Irrespective of weather, solar panels produce clean energy most of the time, with an exception to shade and after sunset.

There is no electricity generation at night. A good battery storage system can solve this problem.

A battery storage system store excess energy produced during daytime and use it later when there is comparatively lesser or no production at all. A solar system with storage makes one fully energy independent.

Overgrown trees, foliage, neighboring solar panels, parts of the roof like a chimney or dormer can all be sources that block direct sunlight from reaching certain panels of the solar system.

Solar panels do not work well if it is shaded for most of the time. It will work well only when the shading objects are removed.

If there is only partial shading, excessive efficiency loss can be prevented with solar inverter solutions.

Solar inverters convert direct current (DC) to alternating current (AC), which is the electricity that use at homes. A right solar inverter helps to minimize efficiency losses from shaded panels.

Shade causes variations in electricity generation. These variations and dips in efficiency of solar PVs can be minimized through panel layout and inverter selection.

The three types of inverters currently available are string inverters, micro-inverters, and power optimizers. All the three differ in the way it deals with shade.

String inverters are the most basic inverter technology. In a string inverter system, many panels are connected to the same inverter. If one panel is shaded, the entire system operates only at the power of the weakest panel.

Micro-inverters have an inverter installed for each individual solar panel. If one panel is shaded, the rest of the panels w

As each panel has its own designated inverter, it works at its efficiency irrespective of other panels.

Power optimizers are a combination of string inverters and micro-inverters. It can negate the effect of a single panel being shaded on an entire system. It sends the DC electricity generated from the panels to a single string inverter.

One can solve the problem of partial shading by installing a system with power optimizers or micro-inverters. Both are more expensive than a standard string inverter as it has higher electricity production.

Weather conditions that reduce direct sunlight are clouds, rain and snow. These are detrimental to solar power production.

In such conditions, solar panels will produce only about half the energy that they would produce with direct sunlight.

Clouds do let some sunlight through them, but with low efficiency. Powerproduction depends on the thickness of cloud cover.

Rain doesn’t directly affect the power production. But the heavy cloud that accompanies rain will have an impact on electricity generation.

With the darkening of sky, clouds block sunlight. It lowers system output by  40-90%. The positive aspect of rain and snow is that both cleans the panels.

Snow prevents the panels from getting too hot and losing efficiency. Light snow doesn’t affect power production as the sunlight can pass through light dusting of snow.

During cold weather, there is more electron activity, which allows the solar panels to absorb more sunlight.

Solar panels are installed in an angle that it can easily shed off snow. A heavy accumulation of snow would block sunlight and greatly reduce power production.

Indirect sunlight happens when sunlight is reflected off a surface like clouds or snow. Even in indirect sunlight photons from sun will reach the solar panels.  The amount of heat and sunlight that reaches the panel will be lesser.

The amount of sunlight that solar panels need to perform optimally will be determined by the angle of roof, energy consumption needs, climate of the region, number of solar panels and shade during a specific time of day.

Based on peak sun hours of a region, a solar system designer can help in choosing the size of a solar system that would generate a required energy in a particular installation situation.

Amount of sunlight, system cost, installation charges, local utility rates and state incentives need to be considered when evaluating the cost-effectiveness of a solar system.

Solar technology is constantly improving. In near future, we can expect solar panels that generate more power during indirect sunlight and even when the weather is not ideal.

With each development and improvement, solar panels will produce more cleanenergy thus benefitting our planet and making huge savings in the yearly electrical consumption.