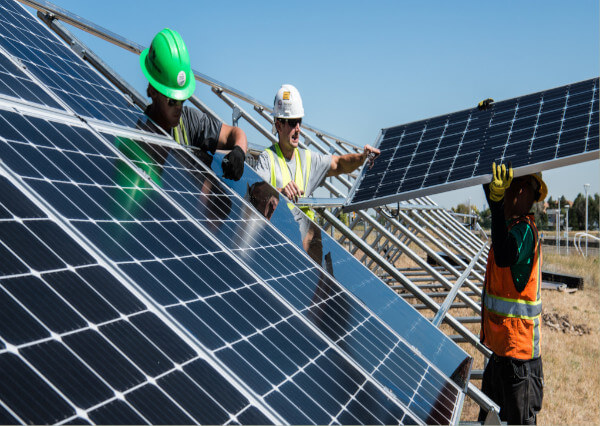 Perth was named by Captain James Stirling in 1829 after Perth, Scotland. It is a pretty, small sun kissed city. It is hugged by the Swan River and the Indian Ocean. One can watch the sun set over the Indian Ocean in Perth.

Climate of Perth makes it special. It enjoys more hours of sunshine than any other capital city in Australia. It has one of the most enviable outdoor lifestyles in the world.

Australia is a large continent, most of it is barren land without much vegetation. Perth has clear skies. The Sun tends to heat the Australian land.

Though Perth is a warm place, it is not as hot as Middle Eastern countries and some of the African countries.

Perth has an average of 8.8 hours of sunshine per day. It is equivalent to around 3,200 hours of annual sunshine, and 138.7 clear days annually.  That makes Perth the sunniest capital city in Australia.

Making use of the abundant solar energy that is available, many people have gone for solar system installation to power their houses.

Being a renewable energy, solar energy is very reliable. It is a green power alternative that allows one to make use of solar energy and be independent of the utility grid.

Perth has a Mediterranean climate. Summers are hot, warm and dry. Winters are mild, cool and wet in Perth.  Rain is unusual in summer and usual in winter.

As Perth is in the Southern Hemisphere, it has reversed seasons in comparison to Europe or North America. It has a total of 131 perfect blue-sky days every year.

The amount of sunshine in Perth is very good in spring and summer, from October to March. Perth has colder summer nights than Sydney, Brisbane, and Darwin.

The average ultraviolet index of Perth during summer is 12, which is extreme. Sun protection has to be used while engaging in summertime activity in Perth.

Perth summers can be very hot with temperatures in the high 30s to low 40s C.  Heatwaves of 4–8 days over 35 degrees are the worst.

When one goes for a stroll, they need to carry a sunscreen, hat, appropriate footwear, water in the radiator, water bottle. If not prepared, it can have serious aftermath.

Because of its hot, dry and sometimes windy summer conditions minor bushfires are also common in Perth. Sometimes it can cause major issues affecting the life and property of people.

November 4 to February 17is the hot season in Perth. Average daily incident shortwave energy per square meter above 7.6 kWh.

February is generally the hottest month. It has an average maximum summer temperature is 29°C.

May 2 to August 21 is the winter season in Perth. During this season temperatures hover around 12°C. Average daily incident shortwave energy per square meter below 3.9 kWh. The darkest day of the year is June 23, with an average of 2.6 kWh.

Summer mornings are beautiful in Perth. Humidity is lesser in summer. It makes one feel less unpleasant than a lower temperature with high humidity.

Temperature is maximum in early afternoon. The sea breeze called Fremantle Doctor lowers the temperature. It is very hot on those days when these sea breeze doesn’t happen

A major portion of Western Australia is desert. That accounts for the relentless sunshine in Perth. Deserts can be very hot. This heat can cause heatwaves when it moves over to populated coastal areas.

In summer few parts of Perth are at a danger of drought too. Dams and domestic rainwater tanks are almost empty as there is a lack of rain.

With global warming and climate phenomena like El Nino Perth is getting warmer and is having extremely hot summers.

Being in the Southern Hemisphere temperatures are extreme in Perth. It is because summer season and closeness to Sun occurs together in Perth. Winter is mild as Perth is surrounded by water.

Perth receives strong solar insolation of high intensity as it is close to the equator. It is at the latitude where high pressure areas predominate. It often has clear skies.

There is little cloud to block the sun’s radiation. This accounts for warmer days. Nothing blocks outgoing radiation too, so the nights can be colder.

Because of the earth’s atmospheric pressure and rotation, the earth’s moisture and winds move away from 30° to the equator. This makes the region in 30° more drier and desert like.

The lack of clouds and moisture make the temperature more extreme. This is a phenomenon is called Hadley cell.

It is applicable to Australia as it lies in the 30° latitude. Saudi Arabia, Gobi Desert, Sahara Desert and other major deserts of the world are also found on this latitude.

With the drop in solar prices, the number of solar system installation in Perth is hiking tremendously. One can go through solar panels Perth reviews and go for the best solar panel Perth.

The best solar companies Perth can help one to power their house. One has to choose a reliable and quality solar system installation company from the umpteen solar companies of Perth.

The post How hot is Perth, WA? appeared first on Regen Power.